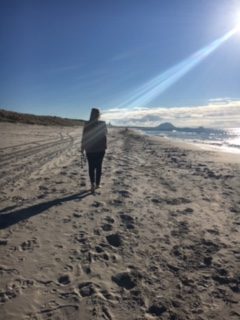 Knowing something and being willing to act upon that something are two very different things. For many years I was aware, (if I were to be truly honest with myself, which I wasn’t!), that there was a problem. I knew there was an issue; I knew I had an issue. But I also had a PhD in excuses, denial, and justification. I didn’t want to be overly melodramatic or make a big deal about it. I still had a job, a boyfriend, friends. Surely there wasn’t really a problem. Surely?
Every night before I went out I swore to myself that “tonight will be different – I will be different.” And when I woke in the morning, sicker than sick, with a plummeting realisation of what happened the night before – if I could remember at all – I promised myself never again. But powerless promises are empty. Because, as I slowly came to realise and then accept, I was powerless. Powerless to drink like a “normal” person, drink like my friends did, drink in a controlled manner, or stop drinking once I’d started. No amount of grief I got myself into was strong enough to stop me jumping in the ring again and going another round. I was living in a constant version of “I do not understand what I do. For what I want to do I do not do, but what I hate I do.” (Rom 7:15)

I always say it took my getting to the place where I wanted to stop more than I wanted to carry on to really make the break. Sounds logical, right? Right. Sounds simple? Not at all. Because what I had really wanted for a very long time was to keep drinking – but without the hangovers, messy situations, falling off chairs, doing and saying things I never would sober, and the list goes on. Some people have “the glory years.” I had “the gory years.” But to stop, absolutely stop? No, I hadn’t truly wanted that.

For a long time, I had attempted – in vain – to have some semblance of control over my drinking, but towards the end, it was no holds barred. I gave up the pretence of moderation or normalcy and gave up the fight. It was the best thing I could have done, as I finally was able to honestly see where my relationship with alcohol had gotten me. And none of what I saw was even slightly positive.

A discerning doctor of mine questioned where my drinking was at, and would I like help with it – it was the beginning of the end of my drinking career, and I am so grateful. Today, and for the previous 6,570, I have woken up knowing exactly where I was the night before, who I was with, and what I did or did not say. I have woken and been able to lift my head off the pillow, handle sunlight, breathe. have not always woken up free of anxiety or depression, because I have come to realise that those things had been with me long before I picked up a drink. In fact, they were part of the reason the picking up had occurred in the first place.

It is said that we only really have this one day. This is true. But I also love to stop and really remember, and acknowledge once a year, what it was like, how it’s been, and how it is now. So today is 18 years sober, one day at a time, by the grace of God. I couldn’t do it myself. I. HAD. TRIED. Oh, I had tried. But I couldn’t, then I came to a place where I believed he could, and I finally decided to let him.
I got help from others who had walked the path before me. We all relied on something bigger and better than ourselves to make our way along that path. We didn’t all have the same God to help us, or see him in the same way, but we all knew we needed more than we had within ourselves to get there.

I was 27 when I had my last drink. A lot has happened in the intervening years, and only once have I thought – “Wow I could use a drink right now.” Once. But I chose not to. I chose to surrender again – my choices, my life, my control. Many, many moons ago, two “hopeless drunks” in the middle of the United States got together and worked out some very simple steps that they hoped would set them free from the bind of alcohol. What they came up with worked – and still does, if you choose to work with it. For me, at the heart of it, is trusting something – someone – way bigger and smarter and more powerful than me. Daily. Do I get it right all the time? No way! I’m a work in progress. But today, as I reflect, I am immensely grateful for that progress. I want to keep what I’ve got so, oxymoronically, I have to give it away. I’ve got to share it. So, here’s my little piece of sharing for what it’s worth 🙂